indgår i serie In Place 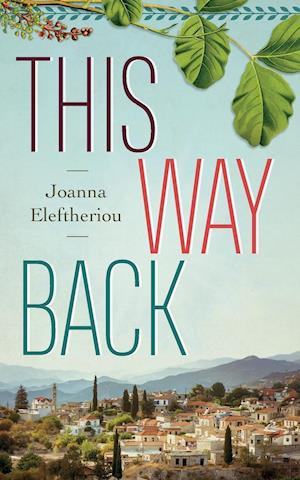 Going back to her ancestral homeland, a Greek American girl discovers she is a lesbian in love with God, so her questions about home and belonging will not be easily answered.

This Way Back dramatizes a childhood split between Queens, New York, and Cyprus, an island nation with a long colonial history and a culture to which Joanna Eleftheriou could never quite adjust. The book avows a Greek-Cypriot-American lesbian's existence by documenting its scenes: reenacting an 1829 mass suicide by jumping off a school stage onto gym mats at St. Nicholas, harvesting carobs on ancestral land, purchasing UNESCO-protected lace, marching in the island's first gay pride parade, visiting Cyprus's occupied north against a dying father's wish, and pruning geraniums, cypress trees, and jasmine after her father grew too weak to lift the shears. While the author's life binds the essays in This Way Back into what reads like a memoir, the book questions memoir's conventional boundaries between the individual and her community, and between political and personal loss, the human and the environment, and the living and the dead.