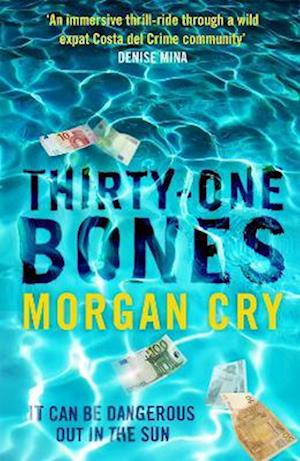 'A hugely entertaining, deftly told crime caper' - Irish IndependentA CRIME READERS ASSOCIATION Read of the MonthWhen Daniella Coulstoun's estranged mother Effie dies in Spain under suspicious circumstances, she feels it's her duty to fly out for the funeral.On arrival, Daniella is confronted by a dangerous group of expat misfits who claim that Effie stole huge sums of cash from them in a multi-million property scam. They want the money back and Daniella is on the hook for it.When a suspicious Spanish detective begins to probe Effie's death and a London gangster hears about the missing money, Daniella faces threats on every front. With no idea where the cash is and facing a seemingly impossible deadline, she quickly finds herself out of her depth and fighting for survival in a strange and terrifying world.

Forfatter
Bibliotekernes beskrivelse A perfect summer read for crime fans, this thriller is set on Spain's Costa Blanca with a colourful cast of double-crossing characters. It's a criminally good cocktail of sun, crime, escapism and dark humour.