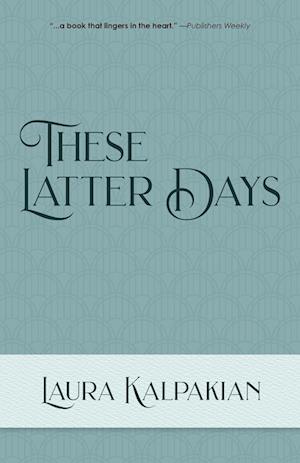 "You listen to me, my girl" Ruth Douglass tells her daughter. "You've got three choices in this world, and only three. A woman can be a virgin, a wife, or a widow, and that's all there is."

Ruth Douglass should know. The central character in Laura Kalpakian's novel of three generations of Mormons, Ruth soon finds herself neither wife, widow, nor virgin. Born into genteel Salt Lake society, she marries Samuel Douglass and is flung into a hardscrabble life in frontier Idaho.  Keeping her doubts about men, marriage and God to herself-this is 1890, after all-she sustains her family in a makeshift home. But when Samuel goes mad with religion, Ruth packs up the children and moves west to California.

Intent on raising her six children impeccably, Ruth is nonetheless haunted by the  lie that she told and the lie that she lives. Eventually, with the determination of a woman with few choices, she finds the courage to excavate her secret hopes and make a new life for herself.

She presides over a loving and contentious cast: Dr. Lucius Tipton, the convivial cigar-smoking atheist who falls in love with Ruth; her rich, small-minded brother, Albert,  who refuses to help her; Kitty, the daughter-in-law who defies the church, the community and the family bond. And the children-some of whom never lose faith, some of whom never find it-especially Eden, the bright star.

These Latter Days is about reconciling what is expected of us with what we do. The Douglasses discover that within the bounds imposed by their world and their church, it is hard to do right; sometimes they must do what their hearts tell them. "It's that simple. And that hard," Ruth declares.

Told candidly and compellingly, this story shows the ways in which families constrict us, root us, ground us, and at the same time give us the courage for rebellion.