- with Applications to Soft Matter 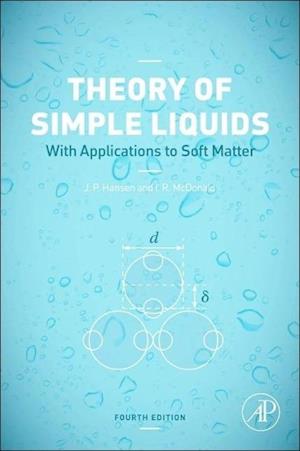 Plasma Engineering is the first textbook that addresses plasma engineering in the aerospace, nanotechnology, and bioengineering fields from a unified standpoint. It covers the fundamentals of plasma physics at a level suitable for an upper level undergraduate or graduate student, and applies the unique properties of plasmas (ionized gases) to improve processes and performance over a wide variety of areas such as materials processing, spacecraft propulsion, and nanofabrication. The book starts by reviewing plasma particle collisions, waves, and instabilities, and proceeds to diagnostic tools, such as planar, spherical, and emissive probes, and the electrostatic analyzer, interferometric technique, and plasma spectroscopy. The physics of different types of electrical discharges are considered, including the classical Townsend mechanism of gas electrical breakdown and the Paschen law. Basic approaches and theoretical methodologies for plasma modeling are described, based on the fluid description of plasma solving numerically magnetohydrodynamic (MHD) equations and the kinetic model particle techniques that take into account kinetic interactions among particles and electromagnetic fields. Readers are then introduced to the widest variety of applications in any text on the market, including space propulsion applications and application of low-temperature plasmas in nanoscience and nanotechnology. The latest original results on cold atmospheric plasma (CAP) applications in medicine are presented. The book includes a large number of worked examples, end of chapter exercises, and historical perspectives. There is also an accompanying plasma simulation software covering the Particle in Cell (PIC) approach, available at http://www.particleincell.com/blog/2011/particle-in-cell-example/. This book is appropriate for grad level courses in Plasma Engineering/Plasma Physics in departments of Aerospace Engineering, Electrical Engineering, and Physics. It will also be useful as an introduction to plasma engineering and its applications for early career researchers and practicing engineers.The general theme is being based around the ongoing European Science Foundation SIZEMIC Research Network, which has been running for several years. The network has focused on the role of body size in ecosystems and embraces a wide remit that spans all ecosystem types and a range of disciplines, from theoretical to applied ecology.Comprehensive coverage of topics in the theory of classical liquids Widely regarded as the standard text in its field, Theory of Simple Liquids gives an advanced but self-contained account of liquid state theory within the unifying framework provided by classical statistical mechanics. The structure of this revised and updated Fourth Edition is similar to that of the previous one but there are significant shifts in emphasis and much new material has been added. Major changes and Key Features in content include: Expansion of existing sections on simulation methods, liquid-vapour coexistence, the hierarchical reference theory of criticality, and the dynamics of super-cooled liquids.New sections on binary fluid mixtures, surface tension, wetting, the asymptotic decay of pair correlations, fluids in porous media, the thermodynamics of glasses, and fluid flow at solid surfaces.An entirely new chapter on applications to 'soft matter' of a combination of liquid state theory and coarse graining strategies, with sections on polymer solutions and polymer melts, colloidal dispersions, colloid-polymer mixtures, lyotropic liquid crystals, colloidal dynamics, and on clustering and gelation.

Forfattere
Bibliotekernes beskrivelse Plasma engineering applies the unique properties of plasmas (ionized gases) to improve processes and performance over many fields, such as materials processing, spacecraft propulsion, and nanofabrication. This title considers this rapidly expanding discipline from a unified standpoint, addressing fundamentals of physics and modeling.Based around the ongoing European Science Foundation SIZEMIC Research Network, which has been running for several years, this title highlights areas for future inves