- The Political Thought of E.P. Thompson 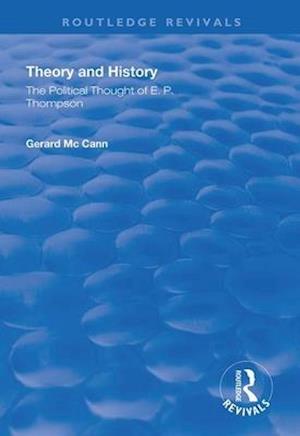 First published in 1997, the aim of this book is to look at the historical materialism of E.P. Thompson while introducing him as a political thinker of distinction. The study examines many aspects of Thompson's life and work to give a comprehensive statement on his theory of historical change. It surveys the intellectual background from which he emerged; the core values of socialist humanism as understood by his generation of the Left; his contribution to history from below; his critique of structuralist Marxism; and his practical input to political dissent. The scope of this study covers fifty years of socialist polemics and offers an insight into the battles which were fought out between the old and new Left until the collapse of command-economy communism in 1989. Throughout the work of Thompson is presented as a testimony to a lineage of social thinkers as well as to the ideal of the common weal much cherished by radical practitioners of the past.