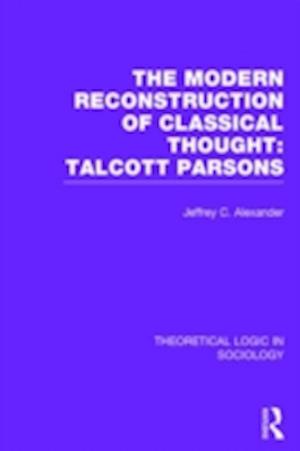 This four volume work, originally published in the 1980s and out of print for some years, represents a major attempt to redirect the course of contemporary sociological thought. Jeffrey Alexander analyses the most general and fundamental elements of sociological thinking about action and order and their ramifications for empirical study. He insists that sociological thought need not choose between voluntary action and social constraint. The four volumes can be read independently of one another as each presents a distinctive theoretical argument in its own right. The first volume is directed at contemporary problems and controversies, not only in 'theory' but in the philosophy and sociology of science. The last three volumes make interpretations, confronting the individual theorists, and the secondary literature, on their own terms.