Theophrastus and his World

- Millett, P: Theophrastus and his World 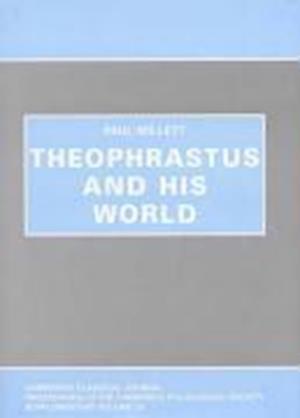 This is the first extended study in English of Theophrastus' Characters , one of the briefest but also most influential works to survive from classical antiquity. Since the seventeenth century, the Characters has served as a model and an inspiration for authors as diverse as La Bruyere, Thackeray, George Eliot and Elias Canetti. This study aims to locate Theophrastus and his Characters with respect to the political and philosophical worlds of Athens in the late fourth century, focusing on later imitators in order to provide clues to reading the Theophrastan original. Special attention is paid to the problems and possibilities of the Characters as testimony to the culture and society of contemporary Athens, integrating the text into the extensive fragments and testimonia of Theophrastus' other writings. The implications for the historian of the elusive humour of the Characters , dependent in large measure on the device of caricature, are explored in detail. What emerges is a picture of the complex etiquette appropriate for upper-class citizens in the home, the streets and other public places in Athens where individuals were on display. Through their resolutely shaming behaviour, the Characters illuminate the honour for which citizens should, by implication, be striving. A key theme of the study is Theophrastus' ambivalent position in Athens: a distinguished philosopher and head of the Lyceum, yet still subject to the disabilities of his metic status.