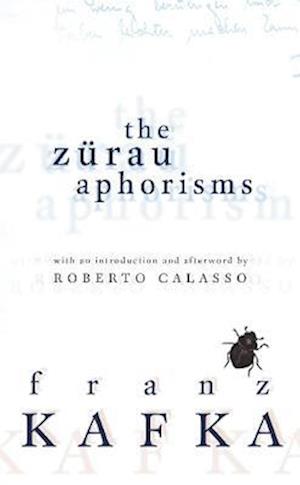 Franz Kafka spent eight months at his sister's house in Zurau between September 1917 and April 1918, enduring the onset of tuberculosis. Illness paradoxically set him free to write, in a series of philosophical fragments, his settling of accounts with life, marriage, his family, guilt and man's condition. These aphorisms have appeared with minor revisions in various posthumous works since his death in 1924. By chance, Roberto Calasso rediscovered Kafka's two original notebooks in Oxford's Bodleian Library. The notebooks, freshly translated and laid out as Kafka intended, are a distillation of Kafka at his most powerful and enigmatic. This lost jewel provides the reader with a fresh perspective on the work of a genius.