The World of Prostitution in Late Imperial Austria 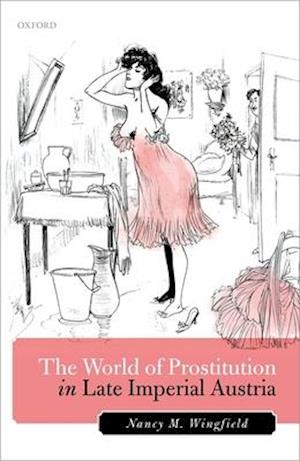 This study of prostitution addresses issues of female agency and experience, as well as contemporary fears about sexual coercion and the forced movement of girls/women, and police surveillance. Rather than treating prostitutes solely as victims or problems to be solved, as so often has been the case in much of the literature, Nancy M. Wingfield seeks to find the historical subjects behind fin-de-siecle constructions of prostitutes, to restore agency to the womenwho participated in commercial sex, illuminate their quotidian experiences, and to place these women, some of whom made a rational economic decision to sell their bodies, in the larger social context of late imperial Austria. Wingfield investigates the interactions of both registered and clandestineprostitutes with the vice police and other supervisory agents, including physicians and court officials, as well as with the inhabitants of these women's world, including brothel clients and madams, and pimps, rather than focusing top-down on the state-constructed apparatus of surveillance. Close reading of a broad range of primary and secondary sources shows that some prostitutes in late imperial Austria took control over their own fates, at least as much as other working-class women, in the last decades before the end of the Monarchy. And after 1918, bureaucratic transition did not necessarily parallel political transition. Thus, there was no dramatic change in the regulation of prostitution in the successor states. Legislation, which changed regulation only piecemeal after thewar, often continued to incorporate forms of control, reflecting continuity in attitudes about women's sexuality.

Forfattere
Bibliotekernes beskrivelse In this study of prostitution in late imperial Austria, Nancy M. Wingfield brings to light the real women behind contemporary constructions of prostitution, with the aim of restoring their historical agency and placing them in their larger social context. 20 black and white illustrationsPRIZES:Winner of Winner of the Center for Austrian Studies 2018 Book Award.