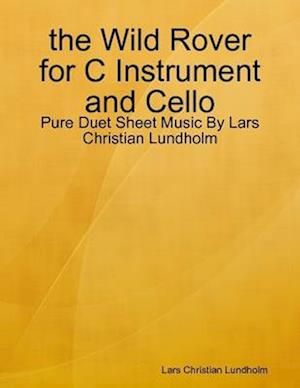 The Wild Rover is a popular folk song of unknown origins. It's been suggested that the song is in fact Scottish and not Irish as it is found in a collection of ballads dated between 1813 and 1838 held in the Bodleian Library. Often considered to be a drinking song it is a staple for artists performing live music in Irish pubs. It's been covered by a multitude of artist like for instance Andre Rieu, The Dubliners, Johnny Logan and The CorriesDuet Sheet Music for C Instrument accompanied by Cello arranged by Lars Christian Lundholm. the Wild Rover is also known by alternative title: Nafarroa gure aberria. - Instrumentation: C Instrument and Cello- Level: Easy- Score Type: Solo Score- Tempo: Fast- Genre: Folk Music- Composer: Anonymous- Year Composed: 1813- Pages (approximate): 4