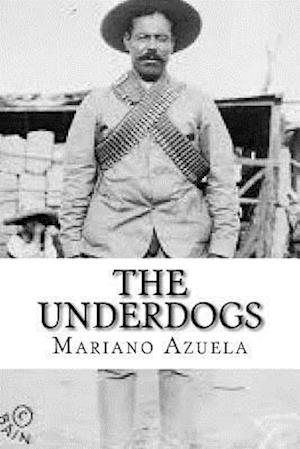 Mariano Azuela, the first of the "novelists of the Revolution," was born in Lagos de Moreno, Jalisco, Mexico, in 1873. He studied medicine in Guadalajara and returned to Lagos in 1909, where he began the practice of his profession. He began his writing career early; in 1896 he published Impressions of a Student in a weekly of Mexico City. This was followed by numerous sketches and short stories, and in 1911 by his first novel, Andres Perez, maderista. Like most of the young Liberals, he supported Francisco I. Madero's uprising, which overthrew the dictatorship of Porfirio Diaz, and in 1911 was made Director of Education of the State of Jalisco. After Madero's assassination, he joined the army of Pancho Villa as doctor, and his knowledge of the Revolution was acquired at firsthand. When the counterrevolutionary forces of Victoriano Huerta were temporarily triumphant, he emigrated to El Paso, Texas, where in 1915 he wrote The Underdogs (Los de abajo), which did not receive general recognition until 1924, when it was hailed as the novel of the Revolution.