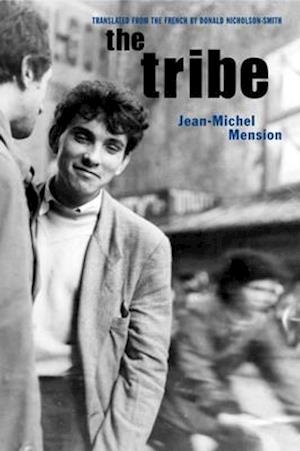 Between 1952 and 1954, Jean-Michel Mension haunted Saint-Germain-des-Pr s as a member of the legendary Letterist International, direct progenitor of the Situationist International. In a series of conversations, Mension recounts this very particular vie de boh me whiled away with Guy Debord and a rogue's gallery of hard drinkers and thinkers.

"The Tribe relates the Parisian wanderings of a heterogeneous group of individuals who cultivated laziness and revolt, alcohol and talk, drift and chance, creative hopes and encounters . . . in quest of a Rimbaldian derangement of all the senses, of d tournement of art and daily life in the defiance of order, by vandalism, by deliquency, but also by an altogether contemporary quest for a supersession of Marxism."--Le Monde libertaire

"In his oral memoir The Tribe, Jean-Michel Mension provides a useful context for Guy] Debord's particular estrangement from postwar modernity. Mension reveals a multicultural dimension that is rarely explored in the burgeoning literature on this group . . . "--McKenzie Wark, Bookforum

Jean-Michel Mension (1934 - 2006) misspent his youth in Saint-Germain-des-Pr s in the early 1950s before joining the Communist Party in 1962 and the Ligue Communiste in 1968. The Tribe is Mension's first book; he published his second in 2001: Le Temps gage: aventures politiques et artistique d'un irr gulier Paris.