- Book Two of the Triads of Tir Na n'Og 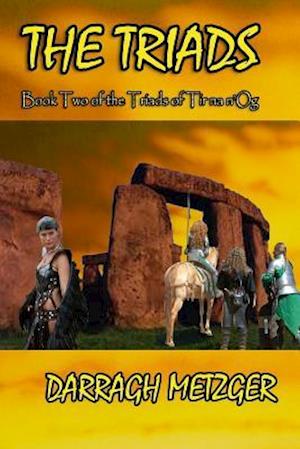 In Tir na n'Og, the Greater Fey rule over Man and Fey alike, their will enforced by teams of hand-picked human champions called Triads. Each Triad features three heroes, one from each of the human warrior classes; the Cavalier, a Knight protector sworn to the service of Ohma, a legendary princess of the Sidhe; the Ranger, a scout, a hunter, a survivor; the Mystic, a human who has learned to use sorcery, the psychic and divine powers within each of us. Men and women both serve on equal terms, whether with sword, bow, or staff... Three Triads, each serving a different faction of the quarrelsome Fey, are called to investigate three seemingly unrelated mysteries. But the clues lead down a dark and bitter path as they are drawn into battle against one another-for the foe they unearth is more subtle and fearsome than any mere monster, and the peace of Tir na n'Og is at stake. An action adventure series suitable for young adults but written for lovers of epic fantasy of all ages.