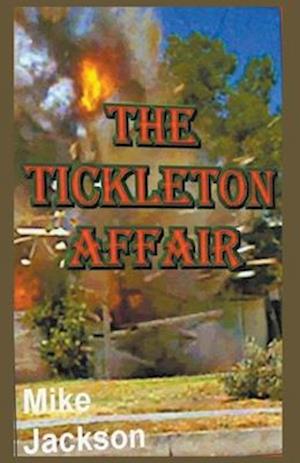 Tthis novel, The Tickleton Affair, Janitors Book #5, is a book of industrial and military espionage, Dan and Janet Orf from Dog Pound and Toboggan meet Jim Scott and some of the Janitors from Baghdad Butcher and Back to Iraq.  Those who have read Dog Pound and Toboggan have undoubtedly figured out that Dan and Janet are two of three characters who will become Janitors (they'll join the team in the next book, Saltwater Connection).

In this novel, Dan and Janet are dispatched to investigate and protect a scientist/industrialist who is doing highly classified work for the government (after he is nearly killed early in the book).  They work with the Janitors in this effort.

A special note here to readers living in, or familiar, with Sedona, Arizona.  A bit of literary license has been used to make the book "work better."  I am well aware that there is no restaurant facility in the Sedona airport.  Also, the ranch portrayed here is no longer owned by those who owned it at the time setting of the book…as some of you reading this story will no doubt know.

Industrial espionage is as old as industry.  When industry is coupled with military implications mixed in with an unscrupulous master spy to gather information, the "norm" is sometimes ignored.

This is the story of such a mixture, and the master spy happens to be from Mainland China.