- The Untold Story of Archaea and the Future of Biotechnology 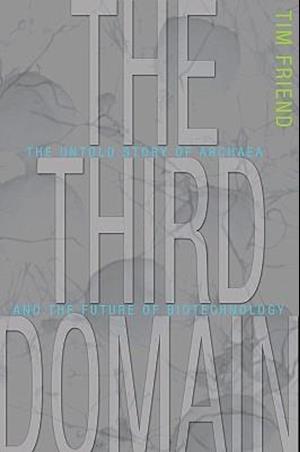 The Third Domain is the untold story of how the discovery of a new form of life-first ridiculed, then ignored for the past thirty years by mainstream scientists-is revolutionizing science, industry, and even our search for extraterrestrial life.Classification is a serious issue for science: if you don't know what you're looking at, how can you interpret what you see? Starting with Carolus Linnaeus in the 17th century, scientists have long struggled to order and categorize the many forms of life on Earth. But by the early 20th century the tree of life seemed to have stabilized, with two main domains of life at its roots: single-celled and multi-celled organisms. All creatures fit into one of these two groups.Or so we thought. But in 1977, a lone scientist named Carl Woese determined that archaea-biochemically and genetically unique organisms that live and thrive in some of the most inhospitable environments on Earth-were a distinct form of life, unlike anything seen on Earth before. This shocking discovery was entirely incompatible with the long-standing classification of life as we know it. But as it turned out, archaea were not life as we know it, and the tree of life had to be uprooted once again.Now, archaea are being hailed as one of the most important scientific revelations of the 20th century. The Third Domain tells the story of their strange potential and investigates their incredible history to provide a riveting account of an astonishing discovery.

Forfattere
Bibliotekernes beskrivelse Starting with Carolus Linnaeus in the 17th century, scientists have struggled to order and categorize the forms of life on Earth. In 1977, a lone scientist named Carl Woese determined that archaea were a distinct form of life. This book tells the story of their potential and investigates their history to provide an account of the discovery.