The Tax Treatment of NGOs: Legal, Fiscal and Ethical Standards for Promoting NGOs and their Activities 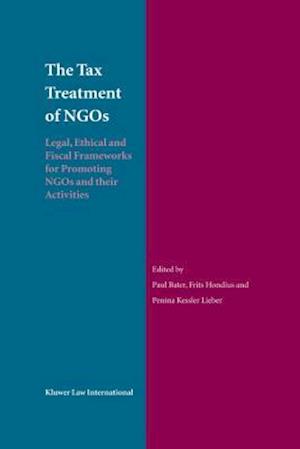 Most national taxation regimes afford certain privileges to non-governmental non-profit organisations of public benefit. However, cross-border extension of such privileges has failed to materialise in any significant way, despite various efforts and the existence of model treaty provisions and even draft NGO multilateral tax treaties. Although experts tend to oppose harmonisation on the grounds that international privilege would sink to the lowest national level there does seem to be general agreement that tax incentives to encourage the cross-border activity of public benefit organisations should be clarified and augmented. The expert authors whose work is assembled in this book offer rich perspectives on this issue. Their various analyses include the following: detailed discussion of the objections of principle commonly advanced by states;the role of discrimination legislation in strategies to advance cross-border privilege;the continuing failure of political will to achieve changes in this area of taxation;the potential of reciprocal unilateral action;tax treaties and non-tax treaties with tax-related provisions; multilateral initiatives (OECD, UN, EU, Council of Europe, World Bank, regional treaties); and, Documentation (International Bureau of Fiscal Documentation). Ten of the essays discuss relevant measures in specific countries and regions. The volume includes extensive primary source material, including selected provisions from bilateral tax treaties, national tax arrangements, and the Interphil s draft for a European Convention on the Tax Treatment of NGOs, as well as full texts of Round Table declarations, and the European Convention on the Recognition of Legal Personality of International NGOs. Quite apart from its importance as an in-depth study of a taxation issue of significant social value, The Tax Treatment of NGOs will be of great assistance to NGOs and their supporters and benefactors. It opens the way to more vigorous lobbying power for the NGO community to influence changes in taxation law and policy. Because this issue promises to soon be one whose time has come, taxation officials and policymakers cannot afford to ignore this book.