The Strider and the Regulus

indgår i serie The Star of Atlantis 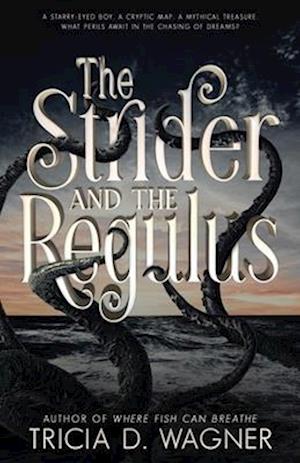 The Strider and the Regulus is another out-of-the-park homerun by author Tricia D. Wagner. The story is tight, riveting, and fun, and it will pull on your heartstrings. This novel deserves a broad audience.

A famed pirate relic-the Star of Atlantis-lies forgotten someplace along the rugged Welsh coast, where waves and stone clash and where creatures of legend are said to hold sway. When twelve-year-old Swift finds a map to the treasure, he sets out to claim it and prove his worth to his skeptical brothers who seem determined to thwart his every step. To tease out the secrets of the Star of Atlantis, Swift must take on the gallant Celtic Sea with its azurite waves, its capricious winds, its enigmas... its monsters. And to realize his dream, he must face the most formidable challenge of all-his own father.

A masterfully written YA literary fiction story of a boy finding his own way.