The Story of a Bad Boy 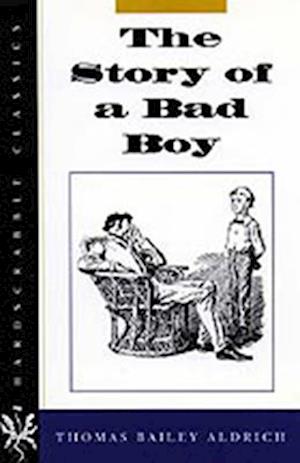 In 1869 Thomas Bailey Aldrich introduced to American literature the original "bad boy"--that all-American boy who plays harmless pranks, devises exciting adventures, has an occasional bout of love-sickness, is bored on Sundays, and is well-liked by almost everyone. Later followed by Mark Twain's The Adventures of Tom Sawyer and The Adventures of Huckleberry Finn, The Story of a Bad Boy--once called the first truly American novel--is Aldrich's partially autobiographical tale of growing up in America. Set in Rivermouth (based on Aldrich's childhood home in Portsmouth, New Hampshire), it follows the exploits of young Tom Bailey through snowball wars, schoolyard fights, Fourth of July parades, adventures at sea, and childhood sweathearts. Now printed in more than fifty editions and read and beloved by Americans for over a century, Aldrich's classic is ready to be rediscovered by a new generation of readers.

Forfattere
Bibliotekernes beskrivelse The timeless boyhood adventures of a mischievous lad in 19th-century New England, in a new edition for today's readers.