The Spiritual Meaning of the Sixties

- The Magic, Myth, and Music of the Decade That Changed the World 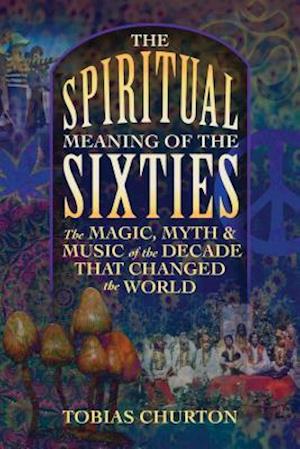 Unveils the spiritual meaning that fueled the artistic, political, and social revolutions of the 1960s No decade in modern history has generated more controversy and divisiveness than the tumultuous 1960s. For some, the '60s were an era of free love, drugs, and social revolution. For others, the Sixties were an ungodly rejection of all that was good and holy. Embarking on a profound search for the spiritual meaning behind the massive social upheavals of the 1960s, Tobias Churton turns a kaleidoscopic lens on religious and esoteric history, industry, science, philosophy, art, and social revolution to identify the meaning behind all these diverse movements. Engaging with views of mainstream historians, some of whom write off this pivotal decade as heralding an overall decline in moral values and respect for tradition, Churton examines the intricate network of spiritual forces at play in the era. He reveals spiritual principles that united the free love movement, the civil rights and anti-war movements, the hippies' rejection of materialist culture, and the eventual rise of feminism, gay rights, and environmentalism. Taking the reader on a long strange trip from crew-cuts and Bermuda shorts to Hair and Woodstock, from liquor to psychedelics, from uncool to cool, and from matter to Soul, Churton shows how the spiritual values of the Sixties are now reemerging, with an astonishing influx of spiritual light, to once again awaken us.

Forfattere
Bibliotekernes beskrivelse Unveils the spiritual meaning that fueled the artistic, political, and social revolutions of the 1960s 118 b&w illustrations