The Spirit of Prophecy Defended 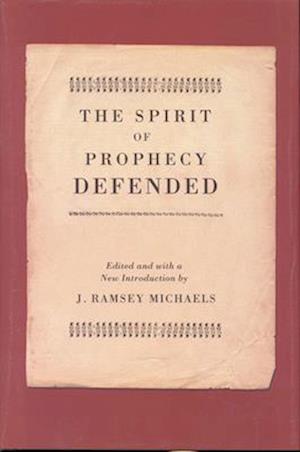 The Spirit of Prophecy Defended (originally published in 1713 as The General Delusion of Christians) is a thoroughgoing apology for the miracles, signs, and wonders of the Christian past and of its followers, the so-called French Prophets, a small ecstatic movement in eighteenth-century England that traced its roots to the Montanists of the early church. In this retypeset edition--an indispensable primary source on the movement--J. Ramsey Michaels establishes that John Lacy was the original author of The General Delusion of Christians. This edition includes the full text of the 1713 edition and Lacy's recently discovered and previously unknown marginalia, as well as the notes and preface of the 1832 edition of Scottish Presbyterian Edward Irving, whose own ministry was marked by ecstatic signs and wonders.