- A History of the Peninsular War 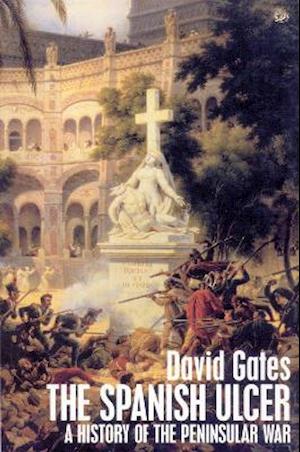 By July 1807, following his spectacular victories over Austria, Prussia and Russia, Napoleon dominated most of Europe. The only significant gap in his continental system was the Iberian Peninsula. He therefore begun a series of diplomatic and military moves aimed at forcing Spain and Portugal to toe the line, leading to a popular uprising against the French and the outbreak of war in May 1808. Napoleon considered the war in the Peninsula, which he ruefully called 'The Spanish Ulcer', so insignificant that he rarely bothered to bring to it his military genius, relying on his marshals instead, and simultaneously launching his disastrous Russian campaign of 1812. Yet the war was to end with total defeat for the French. In late 1813 Wellington's army crossed the Pyrenees into the mainland of France. This is the first major military history of the war for half a century. Combining scholarship with a vivid narrative, it reveals a war of unexpected savagery, of carnage at times so great as to be comparable to the First World War. But it was also a guerilla war, fought on beautiful but difficult terrain, where problems of supply loomed large. The British Navy, dominant at sea after Trafalgar, was able to provide crucial support to the hard-pressed, ill-equipped and often outnumbered forces fighting the French. Dr Gates' history can claim to be the first to provide a serious assessment of the opposing generals and their troops, as well as analysing in detail the social and political background. The Peninsular war is particularly rich in varied and remarkable campaigns, and his book will fascinate all those who enjoy reading military history.