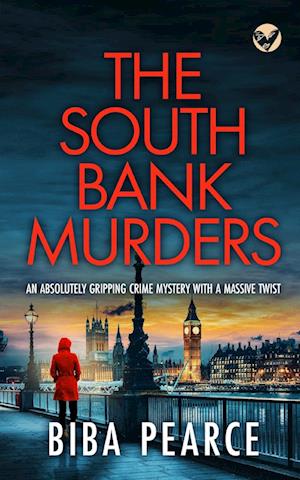 His mentor slain. A detective out for revenge. A criminal mastermind always one step ahead.Detective Rob Miller is at home with his crying newborn son when he gets the news. Retired Chief Superintendent Sam Lawrence, Rob's friend and mentor, has been shot dead. Lawrence had always been his rock.Rob is devastated. An hour ago Lawrence had called to ask him to meet, but Rob couldn't go because he was on daddy duty.Now he will hunt down the killer - but his boss thinks he's too emotionally involved.This time it's personal, but it's not the only murder Rob's got on his plate.The body of a young man is found on the south bank of the Thames near the London Eye with an unusual stamp on his wrist. Are the two killings related?Then a suspect has their throat slashed in custody and another body bearing the same stamp turns up.Rob knows this is not the work of some amateur criminal, but someone with terrifying reach - and the name they keep hearing is the Wolf.His baby won't sleep. His partner needs him. Can he be there for them and bring a killer to justice?This gripping page-turner is perfect for fans of Helen H. Durrant, James Oswald, Joy Ellis, Angela Marsons, L.J. Ross, Janice Frost and J.M. Dalgliesh.