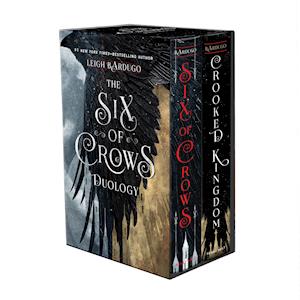 Six dangerous outcasts. One impossible heist. Set in the same world as the New York Times-bestselling The Grisha Trilogy, Leigh Bardugo's Six of Crows introduces readers to a whole new cast of fantastic characters, cities, and cultures. Follow Kaz and his crew into a world of magic and mayhem as they attempt to pull off--and survive--the job of a lifetime.

Read all the books in the Grishaverse

The Language of Thorns: Midnight Tales and Dangerous Magic