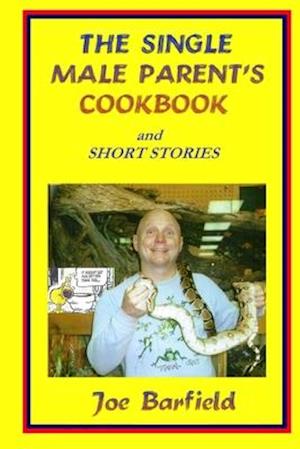 The Single Male Parents' Cookbook, is a delightful combination of food and humor, two subjects everyone will enjoy. As a single parent the author raised his children from the time they were four and six, and soon became an expert in the kitchen. As he said, "My cooking must have been good because both are adults now and still alive, which only attests to culinary skills . . . or luck!"The Single Male Parents' Cookbook combines recipes with humorous anecdotes of things that did and didn't work in the kitchen (and in my life!). Joe includes lots of fun cooking ideas along with some that were not so good, and even a few you don't ever want to try at home! Everything from his Friday Night Special to hisy Motel Doggy (the electric hotdog). And let's not forget the ROC (Roaches on Chocolate). Each recipe is followed by a short story about his childhood antics or raising his children. Not everything always ran smoothly. There was that time his boiled eggs blew up all over the ceiling. Oh, and that grease fire. Don't ever pour water on a grease fire! But they say experience is the best teacher, and they are right. It wasn't always easy in those years, but he managed to retain his sense of humor. Joe said he once heard George Carlin say that although he's over sixty, he never stopped being ten. That describes the author perfectly. In fact, he said, "I've been ten six times over, and my life is as fun as ever." His final comments were, "Are you curious about my recipes for rattlesnake, rabbit, squirrel, and armadillo? (I think you'd enjoy the rattlesnake.) Can you picture me cooking the Roaches on Chocolate (ROC) on Rachel Ray's show?" Don't let the cookbook confuse you. Joe is just a normal type of guy. Well, maybe except for the time he got married at midnight in a jail in Mexico. But that has nothing to do with cooking. Neither does the time he almost got kidnapped in the mountains of Colombia when he met my second wife. He's just a wild and crazy guy from Texas.