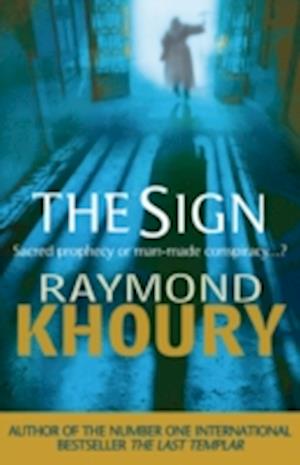 What event could unite the world in peace - or in war? From the bestselling author of THE LAST TEMPLAR.A remote shelf in the Arctic circle. A small TV crew is braving the harsh conditions to film the breaking off of a major ice shelf - yet another nail in the planet's eco-coffin. Then someone calls out, pointing at something up in the sky overhead. The camera pans up and they look up to see a blazing symbol clear, burning high over the bleak, deserted terrain.Thus begins a series of strange events worldwide as the mysterious sign appears over the sites of conflict, natural disasters and terrorist atrocities. What can it portend? The world is wracked with both fear and hope.Suddenly, all this is focused onto one man. An obscure monk who recognises the symbol from the past and understands what it means for the future of humanity. But as he becomes the most sought-after man on the planet, the questions have to be asked: could this be the real deal? Or the most elaborate fake in world history? And - either way - what happens to the world now?

Forfattere
Bibliotekernes beskrivelse What event could unite the world in peace - or in war? From the bestselling author of THE LAST TEMPLAR.