The Shortest Way to Hades 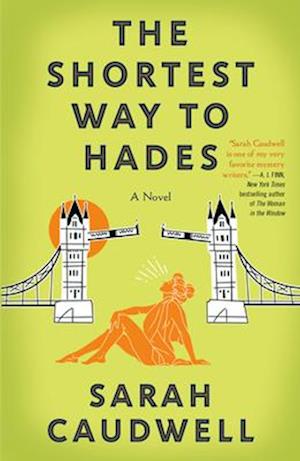 Inheritance becomes deadly in this gripping literary puzzle--the second installment of the Hilary Tamar mysteries that began with Thus Was Adonis Murdered Die first, pay later . . . It seemed the perfect way to avoid three million in taxes on a five-million-pound estate: change the trust arrangement. Everyone in the family agreed to support the heiress, the ravishing raven-haired Camilla Galloway, in her court petition--except dreary Cousin Deirdre, who suddenly demanded a small fortune for her signature. Then Deirdre had a terrible accident. That was when the young London barristers handling the trust--Cantrip, Selena, Timothy, Ragwort, and Julia--summoned their Oxford friend Professor Hilary Tamar to Lincoln's Inn. Julia thinks it's murder. Hilary demurs. Why didn't the heiress die? But when the accidents escalate and they learn of the naked lunch at Uncle Rupert's, Hilary the Scholar embarks on the most perilous quest of all: the truth. . . . Don't miss any of Sarah Caudwell's riveting Hilary Tamar mysteries: