Secret History of the West 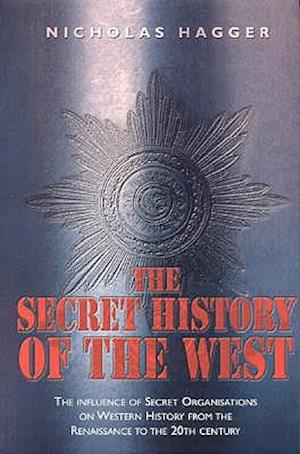 Contrary to popular belief, Western civilisation as we know it today is not the end result of steady progress. For over half a millennium revolution has succeeded revolution like a succession of tidal waves. At one level this book is a chronological narrative of these revolutions, from the Renaissance to the Russian. It shows how Utopian visions of ideal societies end in massacres and the guillotine, and therefore appeals to and challenges both left and right. At a second level it offers a new and original theory of why revolutions happen. An idealist has a vision, which others state in intellectual terms. This becomes corrupted by a political regime, and results in physical repression. The unique approach that The Secret History takes is that this vision has never been part of Establishment thought or practice. Indeed it usually has its roots in ideas and influences that have hitherto been unexpressed, "secret." But all these ideas have a common thread. They can be traced back to the heretical sects - Gnostics, Templars, Cathars and Rosicrucians - and secret organizations such as the mysterious Priory of Sion.Their influence powered the Protestant Revolution, which in turn provided the ideological foundations of the English, American, French and Russian revolutions. Factions within Freemasonry and families such as the Rothschilds have figured prominently in all these upheavals. They add up to a tide of world revolution that is reaching high water mark in our own time, as Hagger has shown in the companion volume to this work, The Syndicate: The Story of the Coming World Government.

Forfattere
Bibliotekernes beskrivelse The influence of secret organisations on western history from the renaissance to the 20th century.