- Race and Guns in a Fatally Unequal America 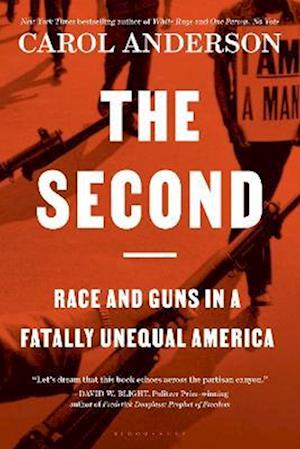 'A provocative look at the racial context for Americans' right to bear arms' New York Times Book Review, Editor's ChoiceThe Second Amendment:The right of the people to keep and bear arms, shall not be infringed.Throughout history, the Second Amendment to the Constitution of the United States has protected the right to bear arms. For Black Americans, this has come with the understanding that the moment they exercise this right (or the moment that they don't), their life - as surely as the lives of Philando Castile, Tamir Rice, Breonna Taylor - may be snatched away in a single, fateful second.In The Second, historian and award-winning author Carol Anderson illuminates the history and impact of the Second Amendment: from the seventeenth century, when it was encoded into law that the enslaved could not own, carry or use a firearm, to today, where measures to expand and curtail gun ownership continue to limit the freedoms and power of Black Americans. Through compelling historical narrative merging into the unfolding events of recent years, Anderson's investigation shows that the Second Amendment is not about guns but about anti-Blackness, revealing the magnitude of institutional racism in America today.