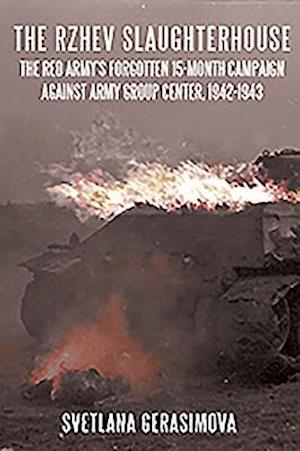 Historians consider the Battle of Rzhev "one of the bloodiest in the history of the Great Patriotic War" and "Zhukov's greatest defeat". Veterans called this colossal battle, which continued for a total of 15 months, "the Rzhev slaughterhouse" or "the Massacre", while the German generals named this city "the cornerstone of the Eastern Front" and "the gateway to Berlin". By their territorial scale, number of participating troops, length and casualties, the military operations in the area of the Rzhev - Viaz'ma salient are not only comparable to the Stalingrad battle, but to a great extent surpass it. The total losses of the Red Army around Rzhev amounted to 2,000,000 men; the Wehrmacht's total losses are still unknown precisely to the present day. Why was one of the greatest battles of the Second World War consigned to oblivion in the Soviet Union? Why were the forces of the German Army Group Center in the Rzhev - Viaz'ma salient not encircled and destroyed? Whose fault is it that the German forces were able to withdraw from a pocket that was never fully sealed? Indeed, are there justifications for blaming this "lost victory" on G.K. Zhukov? In this book, which has been recognized in Russia as one of the best domestic studies of the Rzhev battle, answers to all these questions have been given. The author, Svetlana Gerasimova, has lived and worked amidst the still extant signs of this colossal battle, the tens of thousands of unmarked graves and the now silent bunkers and pillboxes, and has dedicated herself to the study of its history.