The Royal Pardon - Access to Mercy in Fourteenth-Century England 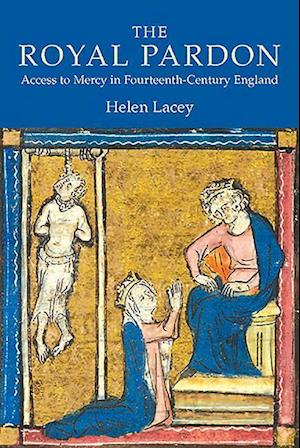 The letter of pardon was a document familiar to the king's subjects in the middle ages; imbued with symbolic resonance as the judgement of the monarch, it also served a practical purpose, offering a last hope of reprieve from the death sentence or life as an outlaw. The fourteenth century in particular was a pivotal time of change for the system of English justice, and saw the evolution of a legal structure still recognisable today, yet the role of the royal pardon adapted and endured. This book offers the first comprehensive study of the royal pardon in fourteenth-century England, using evidence drawn from legal and literary texts, parliamentary records, yearbooks, and plea rolls to examine the full influence of royal mercy. Its implications go well beyond legal history, encompassing the major political and constitutional debates of the period, the theological underpinnings of royal mercy, and the social context of the law. Chapters analyse the procedures of pardoning, the role of royal mercy at moments of political upheaval (such as at the Peasants' Revolt), and the range of views expressed by legal theorists, parliamentary representatives, and by the diverse range of people who at one time or another had reason to seek royal mercy. The appendices provide full lists of all those who acted as "intercessors" for mercy; comprising over 1000 names, they reveal the role of women and personal servants of the crown, alongside the great nobles of the realm, in providing access to royal grace. Dr HELEN LACEY is Lecturer in Late Medieval History at Mansfield College, University of Oxford.

Forfattere
Bibliotekernes beskrivelse Pioneering investigation of the royal pardon, at a time of major change in the system of English justice, showing the important part it continued to play.