- Leading with Faith, Playing with Purpose, Leaving a Legacy 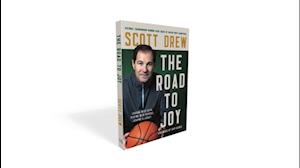 Scott Drew, head basketball coach of the NCAA National Championship-winning Baylor Bears, rebuilt a program mired in scandal by instilling a culture of putting Jesus first. The Road to J.O.Y. is packed with leadership and coaching lessons that can equip any leader to make their team a championship team.

When Drew accepted the head coaching position at Baylor in 2003, the job was arguably the worst in all of college sports. The men's basketball team had been disgraced by scandal: one player murdered a teammate, and the head coach who lied about the details tried to conceal illegal cash payments to his players, including a false allegation that the murdered player had been dealing drugs. It was an unprecedented story and a national embarrassment. Still, Coach Drew had a confident vision of what the program could be, even in the face of such adversity, and he guided his team to the pinnacle of success--Baylor's first National Championship--while leading with, and living out, his faith.

Biblical principles that have helped Coach Scott Drew lead well through challenging timesAn insider's look at the others-first culture that spurred Baylor's reboundCoach's wisdom for investing in others and creating a successful organizationThe leadership lessons Drew has learned from growing up in a famous basketball family and years of coachingHow faith is the foundation for everything Drew doesWith equal parts inspirational memoir and personal and professional growth, The Road to J.O.Y. is perfect for anyone who is looking to better live out their faith, lead a team, achieve a goal, or mentor others.