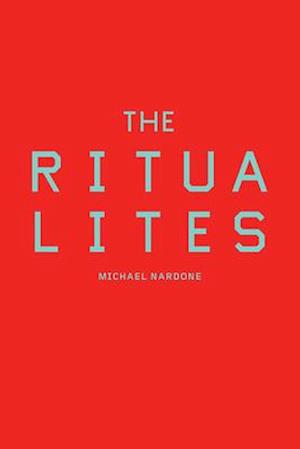 Poetry. THE RITUALITES is Michael Nardone's book-length poem--the first in a series of planned works--on the sonic topography of North America. Composed at sites all across the continent--from Far Rockaway to the Olympic Peninsula, Great Bear Lake to the Gulf of California--the book documents the poet's listening amid our public exchanges, mediated ambiances, and itinerant intimacies. THE RITUALITES is a series of linguistic rituals that shift, page to page, through a range of forms and genres--a rhapsodic text for occasional singing and a best-selling thriller, a self-help guide and sabotage manual, a score for solo performance and a cacophony of voices. "Transcription precedes essence. Michael Nardone's THE RITUALITES explores writing as an interface for the found's sounds, made new by his ingenious and generative ear, novel forms, and wry sense of humours."--Charles Bernstein "THE RITUALITES is the jukebox of place; embodied leakages of the night, the shout, the cry and the laughter. A poetics of what language lays bare: little panic breaths, sound permitted in a cell. In THE RITUALITES, Nardone reminds us that language is wielded and listening is a verb."--Jordan Scott