The Return of the Repressed

- Pirqe de-Rabbi Eliezer and the Pseudepigrapha 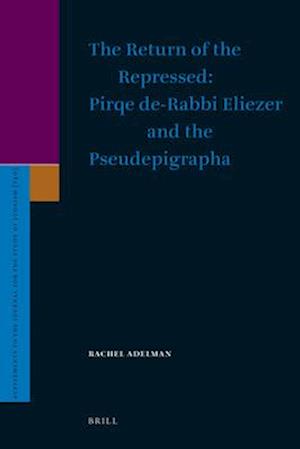 This study analyzes mythic narratives, found in the 8th century midrashic text Pirqe de-Rabbi Eliezer (PRE), that were excluded, or 'repressed', from the rabbinic canon, while preserved in the Pseudepigrapha of the Second Temple period. Examples include the role of the Samael (i.e. Satan) in the Garden of Eden, the myth of the Fallen Angels, Elijah as zealot, and Jonah as a Messianic figure. The questions are why these exegetical traditions were excluded, in what context did they resurface, and how did the author have access to these apocryphal texts. The book addresses the assumptions that underlie classic rabbinic literature and later breaches of that exegetical tradition in PRE, while engaging in a study of the genre, dating, and status of PRE as apocalyptic eschatology.