The Present State of Consumer Theory 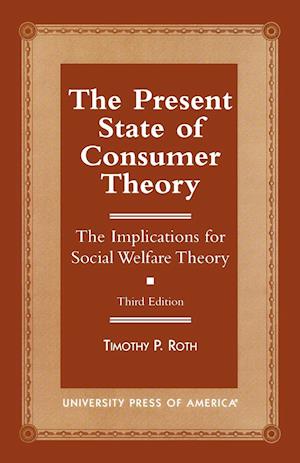 The neoclassical theory of choice is an integral part of a large and growing literature. Its elegance, simplicity and apparent generality appear, increasingly, to influence the thinking of psychologists, sociologists, and political scientists. At the same time, the theory is subject to robust attack. The theme of the book is that the critics have it right. Account must be taken of the endogeneity of preference and value structures, of decision makers' cognitive limitations, of information asymmetries, of opportunistic behavior, and of positive transaction and decision costs. Yet these considerations militate against the specification of both the efficiency frontier and the Social Welfare Function. This, in turn, suggests that Social Welfare Theory is an inappropriate guide for the formulation of distributional and other economic policies. A corollary is that economists' (and others) attention should center less on 'getting the prices right' and more on 'getting the institutions right'.