The Possibility of Relative Truth 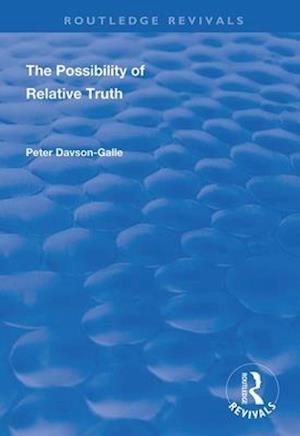 First published in 1998, this book is an investigation of the possibility of articulating a coherent thesis of truth relativism within first, a host correspondence theory of truth and second, a host coherence theory of truth. The type of relativism addressed in the book is what is sometimes called 'framework relativism' - that where truth is relativised to a framework of belief or conceptual scheme. A further restraint is that a global relativistic thesis is sought - one which is relativistic about all truths. The book does not set itself the task of defending relativism but just that of seeking a coherent articulation of it.