The Politics of Energy Security 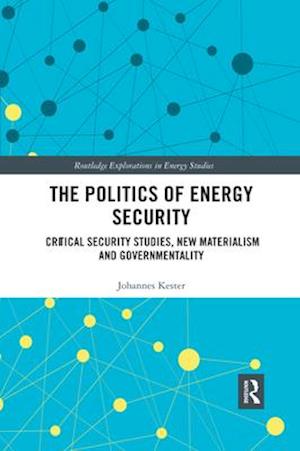 Energy security is known for its 'slippery' nature and subsequent broad range of definitions. Instead of another attempt to grasp its essence, this book offers a critical reflection that problematizes the use of energy security itself.

After a short historical and methodological analysis of the proliferation of energy security, The Politics of Energy Security unpacks three social practices that drive energy security. These include an analysis of the logics of security, a study of the relation between the materiality of sociotechnical (energy) systems and the knowledge people have over such systems, and a reflection on the power and politics behind (energy) security. Each of these are discussed and ultimately illustrated in the last chapter to show how energy security works, how it is shaped and what role it plays within political processes.

Based on a novel performative reading of energy security with its focus on ontological politics and an in-depth look at the often implicitly accepted social practices that determine how people shape and are shaped by energy security, this book will be of great interest to students and scholars of energy security and policy, political theory, international relations, critical security studies, and environmental studies more broadly.