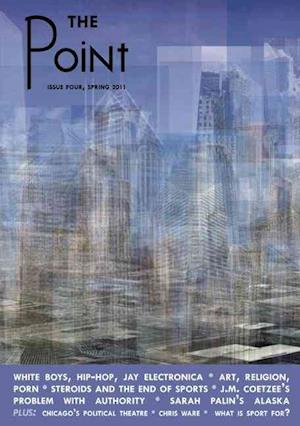 The Point is a twice-yearly journal of essays on contemporary life and culture, based in Chicago. A mix of criticism, memoir and reviews, The Point goes beyond intellectual tourism by challenging its readers to recognize the impact of ideas on their everyday life. Early issues have considered whether it is possible to live an honorable social life on Facebook, what Thorstein Veblen would say about Goldman Sachs, how Stendhal might help us with dating, and why today's conservatives ought to read Marx. Each issue also contains a symposium consisting of several shorter pieces relating to a topic chosen by the editors--for instance, film, conservatism, or contemporary music. Issue 4 of The Point will include essays on the morality of marriage and the significance of J.M. Coetzee's late novels, as well as a reflection on the attraction between white boys and hip hop. The symposium on sports features pieces on the steroid era in baseball, nationalism at the World Cup and the nature of athletic competition.