The Poetics of Colonization

- From City to Text in Archaic Greece 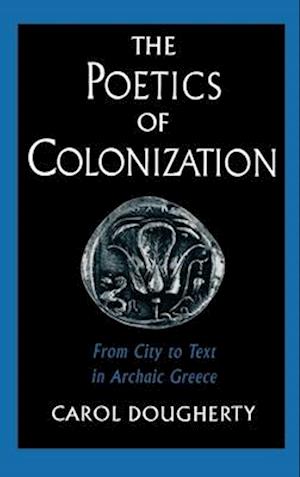 Tales of archaic Greek city foundations continue to be told and retold long after the colonies themselves were settled, and this book explores how the ancient Greeks constructed their memory of founding new cities overseas. Greek stories about colonizing Sicily or the Black Sea in the seventh century B.C.E. are no more transparent, no less culturally constructed than nineteenth-century British tales of empire in India or Africa; they are every bit as much aboutpower, language, and cultural appropriation. This book brings anthropological and literary theory to bear on the narratives that later Greeks tell about founding colonies and the processes through which the colonized are assimilated into the familiar story-lines, metaphors, and rituals of the colonizers.The distinctiveness and the universality of the Greek colonial representations are explored through explicit comparison with later European narratives of new world settlement.

Forfattere
Bibliotekernes beskrivelse Using anthropological and literary theory, this study explores how the ancient Greeks recounted tales of their colonization of foreign lands. The perceptions of the Greeks are explored through explicit comparison with later European narratives of New World colonization. halftones