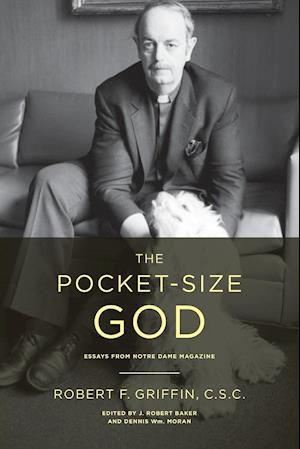 Fr. Robert Griffin, C.S.C. (1925-1999), was a beloved member of the Notre Dame community. With his cocker spaniel, Darby O'Gill, he was instantly recognizable on campus. He was well known for his priestly work counseling students as university chaplain for thirty years, his summer ministry to the homeless and parishioners in New York City, and his weekly columns in the student newspaper, The Observer, in which he invited the campus community to reflect with him on the challenges and joys of being Catholic in a time of enormous social and religious change. This collection draws together essays that Griffin wrote for Notre Dame Magazine between 1972 and 1994. In them, he considers many of the challenges that beset church and campus, such as the laicization of priests, premarital sex, the erosion of institutional authority, intolerance toward gay people, and failure of fidelity to the teachings of the church. Griffin also ruminates on the distress that human beings experience in the ordinariness of their lives--the difficulty of communication in families, grief over the loss of family and friends, the agonies of isolation, and the need for forgiveness. Griffin's shrewd insights still ring true for people today. His efforts to temper the winds of institutional rules, cultural change, and personal suffering reveal a mind keenly attuned to the need for understanding human limitations and to the presence of grace in times of change. Griffin quotes from the works of literary modernists, such as Fitzgerald and Hemingway, whose novels and short stories he loved; in these allusions and in his own reflections and experiences, Griffin bridges the spiritual and the secular and offers hope for reconciliation and comfort.