The Operas of Sergei Prokofiev 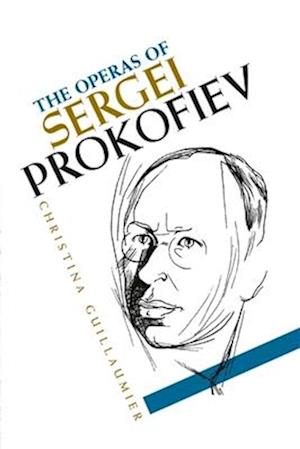 The operas of Sergei Prokofiev (1891-1953) mark a significant contribution to twentieth-century music and theatre. Opera was Prokofiev's preferred genre; not counting juvenile and unfinished works, he wrote a total of eight. Yet, to date, little has been published about the context, rationale or musical and compositional processes behind this output. While systematic studies of Prokofiev's symphonies and his ballets exist, the operas have come under no such scrutiny. This book is the first in the English language to engage with the composer's operatic output in its entirety and provides a contextual, critical and musico-analytical account of all of Prokofiev's operas, including those juvenile works that are unpublished as well as the incomplete works composed towards the end of his life. It also includes synopses of the operas. Drawing on a wealth of archival material and other sources, the book provides the compelling untold story of Prokofiev the opera composer. CHRISTINA GUILLAUMIER is a pianist and music historian with an early background in the dramatic arts. She is Head of Undergraduate Programmes at the Royal College of Music. Her research interests include Russian and Soviet music and opera, piano music and genetic criticism. She is the recipient of several research awards including from the Arts and Humanities Research Council (AHRC), the European Union, the American Musicological Society and the Russian Federation. Recent publications include a co-edited series of landmark essays entitled Rethinking Prokofiev.

Forfattere
Bibliotekernes beskrivelse The first book in the English language to engage with Prokofiev's operatic output in its entirety.