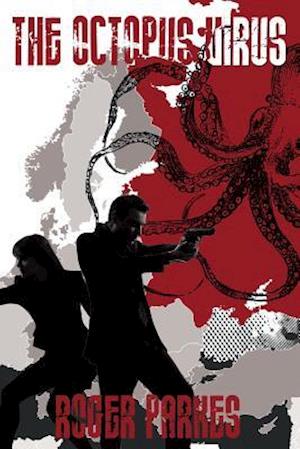 A COLD WAR CONSPIRACY DETAILING SOVIET INTENTIONS TO INFILTRATE EUROPEAN GOVERNMENTS AND SO INFLUENCE POLICY MAKING.The early 1960's saw the Cold War between the East and West escalate to dangerous levels. Polly Bottomley MP, and expert in Soviet Affairs, uncovers a Soviet conspiracy, caused partly by the actions of the European Nations. Any retaliatory threat by Russia, would surely instigate a global conflict. But no one has any idea what form this counter attack will take. But, have the European Nations given the Russians the perfect excuse to initiate a nuclear strike? To the world at large, it would seem they are only protecting themselves from the possibility of European retaliation. But will the retaliate and so most certainly instigate a global nuclear holocaust, in doing so? Polly Bottomley, catches wind of this impending catastrophe, thanks to her contacts in the Foreign Office. Unlike her action-oriented peers, she believes that the Russians can be brought to heel using diplomacy to point out the failings of their communist ideology and dogma. Yet despite her best efforts at a peace conference in Moscow, the Soviets continue their intrusion into Europe, ignoring the protests of Western Nations. She believes the European Nations should demonstrate they are united in their condemnation of their actions and delivers a tough ultimatum in a speech at the United Nations. But has she gone too far with her threat and will this give the Soviets an excuse to initiate a first strike?Then, Daniel Bottomley, an MI6 agent, is contacted by the Americans concerned that Russian sleeper cells may be operating in Britain, hoping to infiltrate government departments and conspire to influence policy with sabotage and subterfuge.Through their investigations, Polly and Daniel uncover a frightening almost terrifying scenario being hatched by the Soviets, brilliant in concept but with the prospects of the inevitable conclusion, namely an all out nuclear conflict.Can they discover what the connection is between the Russian sleeper cells and the European National Party? What are the Soviets actually planning and will it actually threaten world peace? Do they really believe they can initiate a third world war and create a scenario whereby the West will be blamed? And how many governments have they already infiltrated in order to provoke a European strike against them? Can they create the scenario of Europe giving them the perfect excuse with its' provocative threats against them, to attack the US?When the Soviets discover that Polly has uncovered their subterfuge, they know she has to be eliminated if their plan is to succeed. But will Daniel be able to rescue her before she is disposed of when the Soviets abduct her, and subject her to a terrifying and brutal assault? Will Vladimir Baranov the Russian, who tormented and abused her ten years ago finally get his way with her before she is thrown overboard in the English Channel? With this Soviet threat heading towards the point of no return and espionage infiltrating every element of international affairs, it