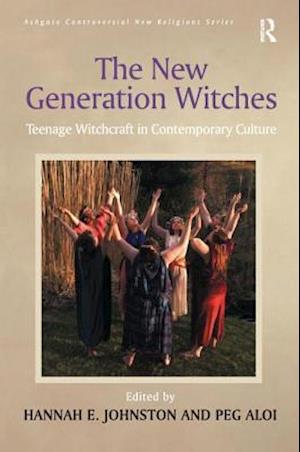 From the shelves of mainstream bookstores and the pages of teen magazines, to popular films and television series, contemporary culture at the turn of the twenty-first century has been fascinated with teenage identity and the presence of magic and the occult. Alongside this profusion of products and representations, a global network of teenage Witches has emerged on the margins of adult neopagan Witchcraft communities, identifying themselves through various spiritual practices, consumption patterns and lifestyle choices. The New Generation Witches is the first published anthology to investigate the recent rise of the teenage Witchcraft phenomenon in both Britain and North America. Scholars from Theology, Cultural Studies, Sociology, History and Media Studies, along with neopagan commentators outside of the academy, come together to investigate the experiences of thousands of adolescents constructing an enabling, magical identity through a distinctive practice of Witchcraft. The contributors discuss key areas of interest, inspiration and development within the teen Witch communities from the mid 1990s onward, including teenage Witches' magical practices and beliefs, gender politics, the formation and identification of communities, forums and modes of expression, media representation and new media outlets. Demonstrating the diversification and expansion of neopaganism in the twenty-first century, this anthology makes an exciting contribution to the field of Neopagan Studies and contemporary youth cultures.

Forfattere
Bibliotekernes beskrivelse Contemporary culture at the turn of the 21st century has been fascinated with teenage identity and the presence of magic and the occult. This anthology investigates the rise of the teenage Witchcraft phenomenon in Britain and North America. It also discusses key areas of interest within the teen Witch communities from the mid 1990s onward.