indgår i serie Habits of the House 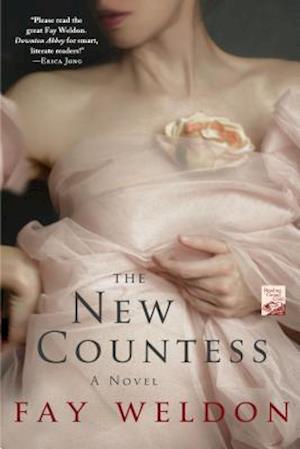 England, 1905. Lord Robert and Lady Isobel Dilberne, as well as their entire regal estate, with its hundred rooms, are busy planning for a lavish visit from King Edward VII and his mistress just a few months away. Preparations are elaborate and exhaustive: the menus and fashions must be just so. But even amidst the excitement, not everyone is happy.

Lady Rosina--now widowed and wealthy-- insists on publishing a scandalous book despite her mother's objections. Arthur Dilberne and Chicago Heiress Minnie O'Brien's two young sons--the eldest of whom is heir to the estate--are being reared to Lady Isobel's tastes, not Minnie's. After making a shocking discovery, Minnie will take drastic measures for the sake of her children. And when fate deals a hand in the middle of the royal shooting party, the entire Dilberne estate will face upheaval once again.

The New Countess is the final novel in Fay Weldon's outstanding trilogy that began with Habits of the House and Long Live the King. As the bestselling novelist and award-winning writer for the pilot episode of the original Upstairs Downstairs, Weldon magnificently lifts the curtain on early twentieth-century British society, upstairs and downstairs, under one stately roof.