The Myth of the Press Gang - Volunteers, Impressment and the Naval Manpower Problem in the Late Eighteenth Century

- Volunteers, Impressment and the Naval Manpower Problem in the Late Eighteenth Century 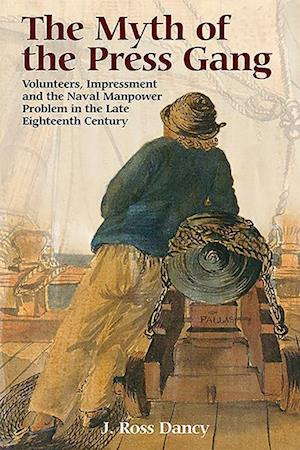 SHORTLISTED for the Society for Nautical Research's prestigious Anderson Medal. The press gang is generally regarded as the means by which the British navy solved the problem of recruiting enough seamen in the late eighteenth century. This book, however, based on extensive original research conducted primarily in a large number of ships' muster books, demonstrates that this view is false. It argues that, in fact, the overwhelming majority of seamen in the navy were there of their own free will. Taking a long view across the late eighteenth century but concentrating on the period of the French Revolutionary and Napoleonic Wars of 1793-1815, the book provides great detail on the sort of men that were recruited and the means by which they were recruited, and includes a number of individuals' stories. It shows how manpower was a major concern for the Admiralty; how the Admiralty put in place a range of recruitment methods including the quota system; how it worried about depleting merchant shipping of sufficient sailors; and how, although most seamen were volunteers, the press gang was resorted to, especially during the initial mobilisation at the beginning of wars and to find certain kinds of particularly skilled seamen. The book also makes comparisons with recruitment methods employed by the navies of other countries and by the British army. J. ROSS DANCY is Director of Graduate Studies in History and Assistant Professor of History at Sam Houston State University

Forfattere
Bibliotekernes beskrivelse Overturns the generally held view that the press gang was the main means of recruiting seamen by the British navy in the late eighteenth century.