The Mystery of the Exploding Teeth

- And Other Curiosities from the History of Medicine 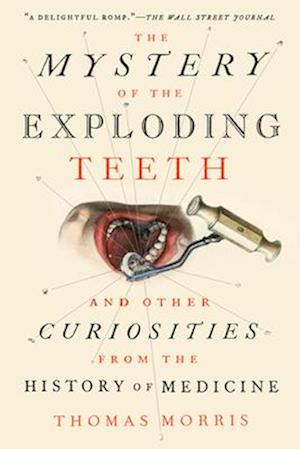 "Delightfully horrifying."--Popular Science This wryly humorous collection of stories about bizarre medical treatments and cases offers a unique portrait of a bygone era in all its jaw-dropping weirdness. A puzzling series of dental explosions beginning in the nineteenth century is just one of many strange tales that have long lain undiscovered in the pages of old medical journals. Award-winning medical historian Thomas Morris delivers one of the most remarkable, cringe-inducing collections of stories ever assembled. Witness Mysterious Illnesses (such as the Rhode Island woman who peed through her nose), Horrifying Operations (1781: A French soldier in India operates on his own bladder stone), Tall Tales (like the "amphibious infant" of Chicago, a baby that could apparently swim underwater for half an hour), Unfortunate Predicaments (such as that of the boy who honked like a goose after inhaling a bird's larynx), and a plethora of other marvels. Beyond a series of anecdotes, these painfully amusing stories reveal a great deal about the evolution of modern medicine. Some show the medical profession hopeless in the face of ailments that today would be quickly banished by modern drugs; but others are heartening tales of recovery against the odds, patients saved from death by the devotion or ingenuity of a conscientious doctor. However embarrassing the ailment or ludicrous the treatment, every case in The Mystery of the Exploding Teeth tells us something about the knowledge (and ignorance) of an earlier age, along with the sheer resilience of human life.