The Mystery at Sag Bridge 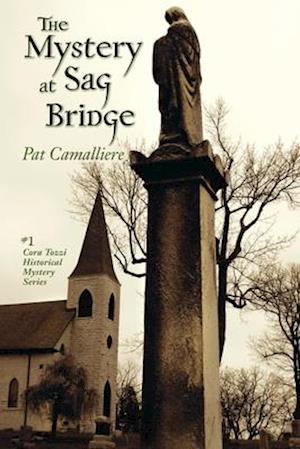 A century-old murder mystery...A dangerous ghost...An amateur historian...What binds them together? Cora Tozzi is a retired businesswoman who, after nursing her mother through her final illness, wishes only for a peaceful orderly world in her suburban Chicago home. When an angry spirit begins to leave cryptic messages on her computer and threatens those around her, Cora is forced to dig into the town's notorious past to uncover secrets that will free the bonds that tie her and the spirit. With the help of her husband and their friend, Frannie, Cora uses her skills as an amateur historian in a search that takes them into unexpected terrain including subterranean passages, an eerie graveyard, and shadowy paths in isolated forests where a sinister predator is awakened. As they battle unpredictable supernatural powers, the story takes a poignant turn: the spirit's life is revealed, and both women, a century apart, examine threads into the past and the future, their loss and longing linked across the generations. Readers' Favorite: "The Mystery at Sag Bridge by Pat Camalliere is a wonderful gem of a read.... "The story takes place in a historic setting, though both Cora's and Mavourneen's tales are fictional. In-depth history research went into this writing, and it clearly shows. Cora and Mavourneen's characters were full of depth and personality. I felt myself drawn into their stories, sharing emotions with their ups and downs. "Other characters were handled with equal care. One place that really sticks in mind is the response of a young boy who proclaimed that a flowering cactus must not have liked another character because it never bloomed till after said person's death. Typical brutal yet amusing candor from young ones. "I am an anthropologist/archaeologist by training, and I loved the attention to historic detail. My favourite part, hands down, is the middle section, Mavourneen's section, dealing with the end of the 1890s.... "The story puts me in mind of Henry James' The Turn of the Screw, and the movie The Others, only happier. If you liked either of those, or things similar, give Camalliere's The Mystery at Sag Bridge a try. I'm quite sure you'll enjoy it " Susan Roy, President, Lemont Area Historical Society: "Pat Camalliere has crafted a compelling mystery that introduces readers to the unique history and features of Lemont, while immersing the characters in a tender exploration of how our mothers influence our lives. All readers who enjoy mystery, history, engaging characters, or a touch of the supernatural will love this book."