The Music Script in Film 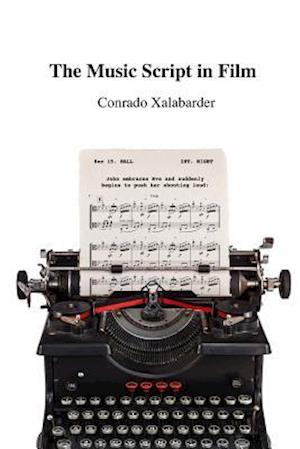 "The composer who does not propose solutions is one who simply follows instructions." (Conrado Xalabarder) The Music Script in Film deals with the use of music in films, its effects on the audience (both emotionally and rationally) and emphasizes how to write a comprehensible musical discourse in a structured and orderly manner. It is not written only for composers, but also for film directors (to whom it may facilitate in decision making) and any person interested in films. This book is not about musicology, industry business nor recording, it is about cinematography. It explains the elements that make up film music so that they may be understood not only by musicians but by anyone. Everything dealt with here is taken from what great film composers have used in the course of long decades and that is still pertinent in cinema today. The Music Script in Film fills a gap not covered to date in the field of music for film, a topic of growing interest. Written to be both entertaining and educational, the book aims to interest a broad audience-not only composers and students of music but also film directors, those studying film and movie fans in general. Translated to English by Australian author and novelist Gloria Montero More info at: http: //themusicscriptinfilm.wordpress.com/