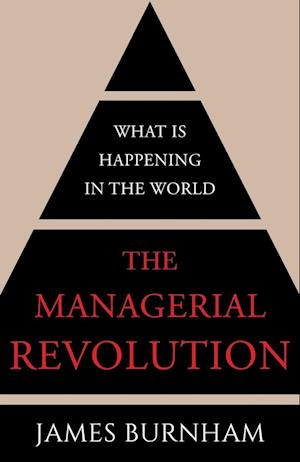 Burnham's claim was that capitalism was dead, but that it was being replaced not by socialism, but a new economic system he called "managerialism"; rule by managers.

Written in 1941, this is the book that theorised how the world was moving into the hands of the 'managers'. Burnham explains how Capitalism had virtually lost its control, and would be displaced not by labour, nor by socialism, but by the rule of administartors in business and in government.

This revolution, he posited, is as broad as the world and as comprehensive as human society, asking "Why is 'totalitarianism' not the issue?" "Can civilization be destroyed?" And "Why is the New Deal something bigger than Roosevelt can handle?"

In a volume extraordinary for its dispassionate handling of those and other fundamental questions, James Burnham explores fully the implications of the managerial revolution.