Man Who Was Thursday 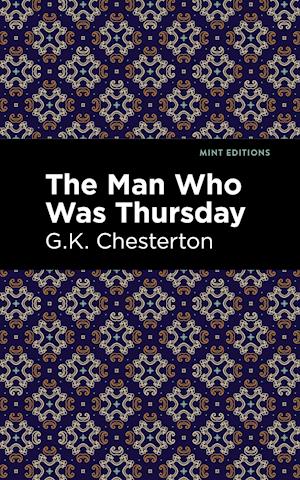 A police officer infiltrates an underground anarchist group and earns the name Thursday, becoming a vital part of an assassination plot that has drastic consequences. Unbeknownst to him, the officer is being pulled into a much bigger scheme. Gabriel Syme is a part of Scotland Yard's secret police task force. He attends a party where he meets Lucian Gregory, a poet who's sympathetic to the anarchist cause. Gregory takes Syme to the meeting of an anarchy council where he's introduced to men with similar beliefs. To protect their identities, they're each given code names inspired by a day of the week. Syme becomes Thursday and works as an active participant in an assassination plot. The group's plan takes a surprising turn when a secret is uncovered, exposing not only Syme, but a greater deception. The Man Who Was Thursday is a clever thriller full of twists and shocking turns. Chesterton's storytelling keeps the reader of their toes, making for an engaged and exciting experience. The story provides commentary of revolutionary politics, identity and the innate desire for community.With an eye-catching new cover, and professionally typeset manuscript, this edition of The Man Who Was Thursday is both modern and readable.