The Making of Quadrophenia 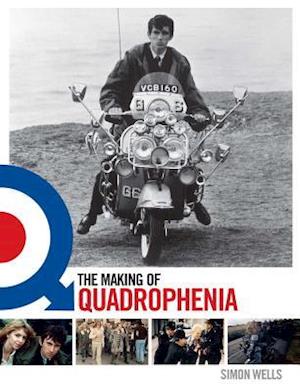 Forty years after Quadrophenia first hit the world's cinema screens, its influence on popular culture can still be felt today. Following Jimmy the Mod in his search for identity against the backdrop of the May Bank Holiday riots of the 1960s, the film - based on the classic album by The Who - is widely regards as the finest example of a British "youth movie". And, as the generation that saw it first time around now have teenagers of their own, Quadrophenia has become a glorious benchmark for their own youthful excesses, hopes, dreams and nostalgia.Illustrated throughout with behind-the-scenes photographs, and containing interviews and contributions from principal cast members, director Franc Roddam, producer Bill Curbishley, scriptwriter Martin Stellman and others involved in the creation of Quadrophenia, this is the definitive account of the making of Britain's greatest youth movie.

Forfattere
Bibliotekernes beskrivelse This is the definitive account of the making of Britain's greatest youth movie.